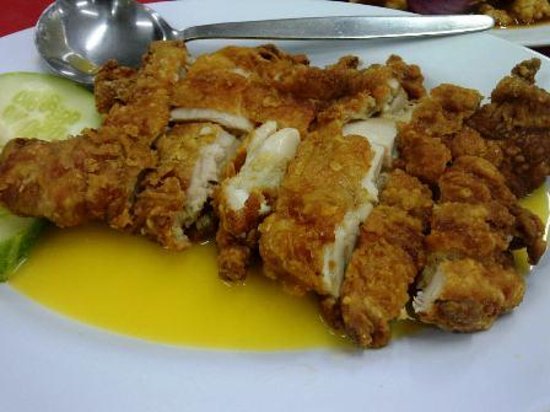 This photo of Mukmin Jaya Seafood is courtesy of TripAdvisor

Some blog review at manggispink.

There is another one, the owner is Mr. Rizuan Yeoh- Sri Mawar Ria restaurant. Can be easily find. Located inside Melaka Sentral. Sri Mawar Ria are famous for tourist and foreigners. First because the location and secondly Mr. Rizuan Yeoh really promote the restaurant menu to the tourist passing by. You can find all Cantonese menu and Peranakan in one place. Don’t forget to see Album of ‘Tourist From Around the World’ when visit to Sri Mawar Ria..

Among hundreds of happy tourist at his place:

Another Luck Well if You Spotted the White Croc!