The result will be ‘Singapore Flyers’ is the tallest, but we still doing some marketing at Singapore to attract them to sit in the Eye on Malaysia @ Melaka and experience it. It is not just about tallest or lowest, but to be at that place. No matter how tall the wheel is, people want to see the view, bird eye view. From Singapore Flyers you can see Straits of Tebrau Johor, the metropolitan city and small island scattered at the approx. 40km distance. Where as riding on Eye on Malaysia, you can see the heritage city, the winding Melaka River, the busy strait of Melaka and are the atmosphere is clear enough we can see Neighboring Indonesia Island. 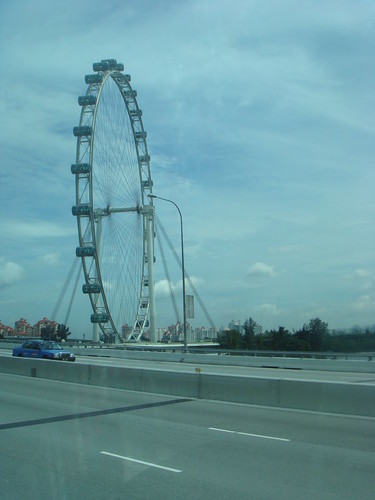 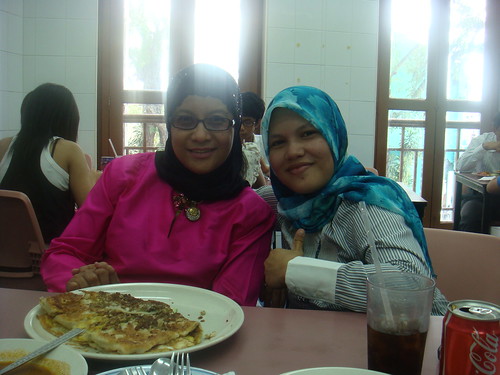 Arrived at the Island… but Murtabak Singapore first!

On 26 November I’m assisting my unit with other State Government Related agencies doing some promotion on Melaka’s new products and Melaka as a World Heritage Site at Singapore. The ceremony held at Malay Heritage Center, Kampong Gelam. The ceremony was officiate by Melaka Chief Minister Datuk Seri Mohd Ali Rustam and from guest is Zainul Abideen Rasheed, Senior Minister of Singapore Foreign Affairs. The propose of the visit is to tighten up the bilateral relationship that have long been established between the Melaka State and Singapore. Singapore people also had been no. 1 tourist that came to Melaka since 2000 till August 2008. Starting from August, tourist from China seem to be rising as close as the amount of tourist arrival from Singapore.

At the event, Melaka state related agencies such as Tourism Promotion Unit, Melaka Zoo, MITC and Biotechnology division opens a booth for visitors to get more information on Melaka’s new products. We also setup a food cocktail with variety of traditional cookies brought from Melaka for the Singaporeans to enjoy. Visitors also entertain by Briged Seni with their trademark welcoming dance and other Melaka ethnic cultural dances. 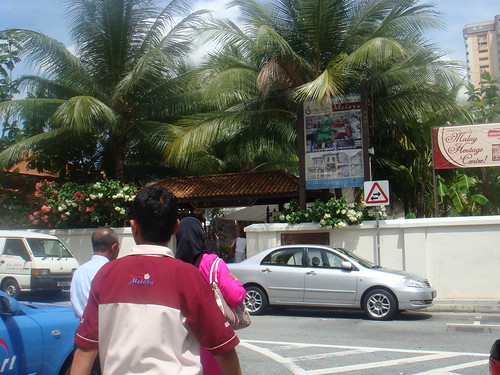 Entering Kampung Gelam Malay Heritage Center was the main obkective not murtabak or the flyers.. 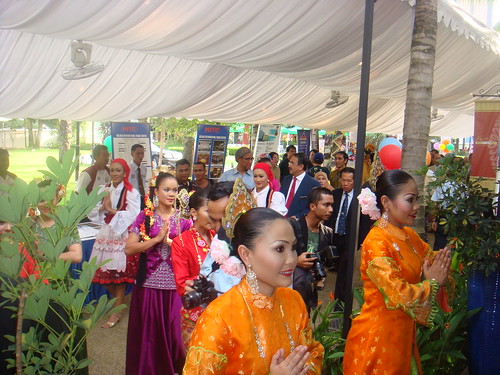 Being a Malay himself Singapore Senior Minister of Foreign Affairs Zainul Abidin Rasheed said that Singaporeans like to come to Melaka because the price of good is much lower and of course…the food is great. 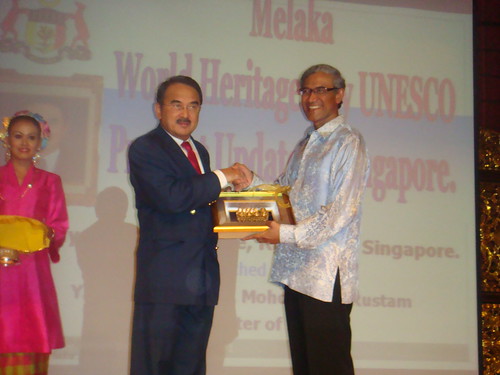 Exchanging gift is our custom.. 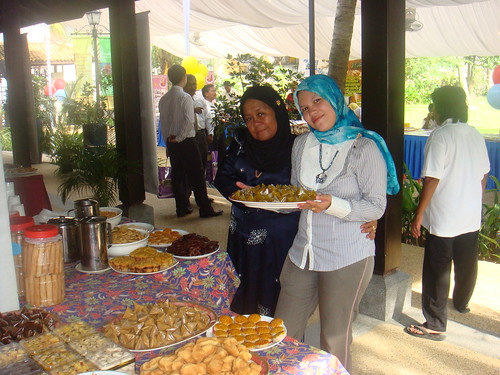 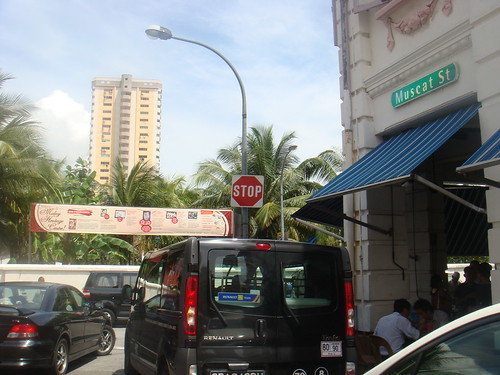 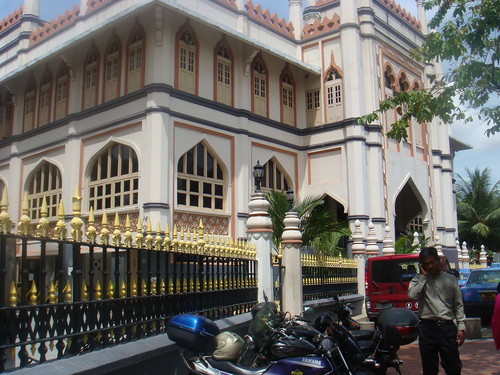