< Melaka...where it all began....Melaka, its a 2nd smallest state in Malaysia, The Truly Asia...To know Malaysia...you have to know about Melaka also...because this is where the history of Malaysia began and where it is still happening. Here is the crucible of modern Malaysia. That's why Melaka State Government has chosen as its slogan "Visit Historic Melaka Means Visit Malaysia". The history of Melaka started when Parameswara, a prince of Sumatra, who founded this important port city in the late 14th Century. He named it after a tree against which he had rested while witnessing a valiant fight between a mousedeer and a pack of dogs during a hunting adventure. During the 15th Century, Melaka was a famous Emporium that earned recognition as the "Venice of the East" because of a strategic location - situated on the vital sea lane the gateway between East and West . It became a famous and important port of call for traders plying the spice route. Also known as the "Straits of Melaka". The "Straits of Melaka" is still the busiest sea lane in the world. Tourist also will get this recognition of certificate when you visit this "Straits of Melaka", nearby the Straits of Melaka Mosque. This certificate only RM10 and for more information, please contact Melaka Tourism Promotion Division. They are willing to help you. If you do not know about Melaka, basically Melaka should be seen as the main tourist destination in Malaysia. In 2006, Melaka has become top five tourist destination in Malaysia with 5.0 millions tourist came to Melaka at that time. For this Visit Malaysia Year 2007 campaign, the Melaka state government target 6.0 million tourist will come to Melaka this year. They are really work hard to achieve this target and I think, they will achieve this target if they implement all of tourism planning in Melaka. They also have to do more aggresive promotion campaign, organized more international events which can attract tourist come to Melaka and always give a world quality service to the tourist. Be friendly and always smile. With this recipe, I'm really sure that Melaka will become a develop state in Malaysia by the year 2010. Melaka Maju 2010. Actually, Melaka was a real colours of Malaysia. They have Malays, Chinese, Indians, Portuguese, Peranakan (also known as Baba & Nyonya), Chitties and the aboriginies community. It makes Melaka so special and I proud to be a Melaka people. They all very friendly and nice.....like me, I think. The Baba & Nyonya or Peranakan Chinese. The name means "Straits Born" when the Chinese traders and settlers who intermarried with the local Malays, Javanese and Sumatran women. A man of this ancestry is a Baba while a woman is a Nyonya. They wear Malay dress with Kebaya and Sarong, also speaks Malay (not a word of Chinese). They celebrate all the Chinese festivals like Chinese New Year, Chap Goh Mei, Wesak Day, the Moon Cake Festival and others. The Portuguese Eurasians are descendants of intermarriage between local Malay woman and European sailors and soldiers, who sailed into Melaka with Alfonso D'Albuquerque in 1511. They are 1500 people from 116 families who live in Portuguese Settlement in Ujong Pasir, Melaka established in 1930. They are unique and kept alive through language, dance, custom and songs. They also practice Catholicism and by their language Christao, mixture between old Portuguese, Malay and English. They celebrate Merry Christmast, Pesta San Pedro, Pesta San Juang and others festivals. Melaka also have the other unique community,The Chitty where live in Kampung Gajah Berang, Melaka. The Indians traders took Malay, Javanese and even Batak women as their wife. Their culture indirectly reflects the combination of Malay and Indian culture. They spoke Malay and today, however they can speak English and Tamil. Similar to the Chinese, the Chitty celebrate a festival to honour their ancestors called Bhogi, Ponggol that is the end of harvesting season and the start of the fruit seasons called Parchu Buah-Buahan (Fruit Festival).

Count down 2012 at Jonker Street 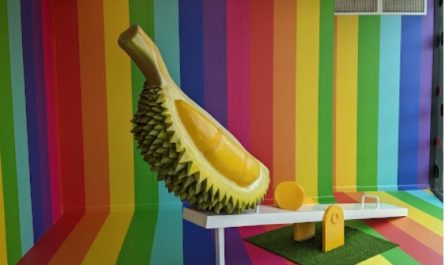 Wonderpark at The Shore Melaka

One thought on “Melaka…Where It All Began….”