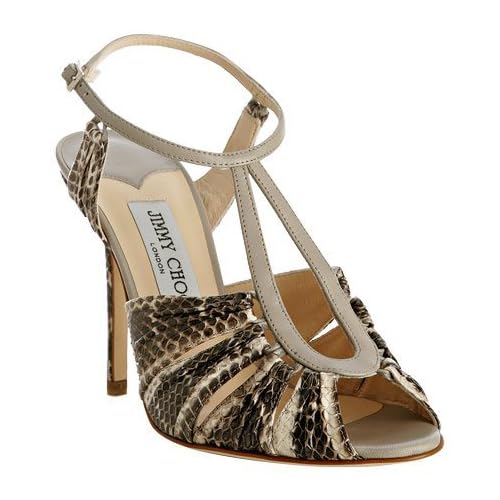 Several new national events will kick start starting March and April for wooing more tourist local and International. One of them involve famous International shoe maker but a local boy, Datuk Jimmy Choo. So if it involve Datuk Jimmy Choo, it’s must be a event about shoe. It’s Malaysia International Shoe Festival (MISF) . That’s for April. But in March 14, 21 and 18, there will be KL Sunday 1Malaysia Family Fair also during the Malaysian Grand Prix Sales. So people, don’t buy anything yet as you may don’t have enough fund for these 2 event. Detail news from The Edge below:

Slated to start in April are two new events — the Malaysia International Shoe Festival (MISF) to be held at the Putra World Trade Centre and PopMrkt Malaysia, she said.Ng said on Thursday, Feb 18 the MISF — a three-day event jointly organised by the Tourism Ministry and the Malaysian Footwear Manufacturers Association — is to promote local awareness of Malaysian footwear brands and raise the shoe market profile among tourists.

Featuring shoes and accessories designer Datuk Jimmy Choo as the event’s adviser, visitors can expect to be educated on the various aspects of shoes, watch local and international shoe displays and be thrilled by a glamorous footwear show.“This prestigious event marks an attempt to turn the capital city of Kuala Lumpur into the ‘Shoe City of the East,” she told reporters.

The domestic footwear market is estimated to be as large as RM500 million, while the export market is also estimated at around RM500 million, bringing the overall market size at RM1 billion, said Malaysian Footwear Manufacturers Association president Tony Ting.

Meanwhile, the three-day street marketPopMrkt Malaysia street bazaar will feature various forms of entertainment and aims to raise the profile of local night markets.Finally, the KL Sunday 1Malaysia Family Fair will be held every Sunday at the Malaysia Tourism Center (MTC) in Jalan Ampang, offering eclectic and unique products ranging from arts and crafts to food and home furnishing.
The fair is slated for March 14, 21 and 18 during the Malaysian Grand Prix Sales, which will kick off from March 6 to April 11, 2010.

Also read this about New US Electronic Visa Application Form Mandatory From March 1, 2010.

“The US Embassy introduced a new online non-immigrant visa application form (DS-160) on Feb 15, 2010. The form will become mandatory on March 1,” the embassy said in a statement here Thursday.

All applicants for non-immigrant visas who schedule visa interviews on or after March 1 will be required to use the new form, DS-160.

The statement said the DS-160 form should be easier and quicker for most applicants than the previous application forms.

“The new application form is completely web-based. Once completed by the applicant, all data on the form is electronically transmitted to the Consular Section at the US Embassy,” it said.

“Applicants need only print out a confirmation page to bring with them to the embassy for their interviews,” the statement said.

The DS-160 form offers applicants several advantages over the previous application form. Among others, the data entered into the new DS-160 can be saved and re-used in future applications.

The form can be accessed online at https://ceac.state.gov/genniv/.

Further information about the visa application is available at http://malaysia.usembassy.gov/niv.html.